Reckless Driving Law In The Philippines - What You Need To Know

There is always danger on roads we pass by. There used to be many people and vehicles on the road, as remind us to be careful each time joining the streets. However, traffic safety can only happen when both drivers and passers notice and are responsible for their driving.

People should be cautious when participating in traffic because there exist laws and penalties for reckless driving in the Philippines. To clear up its consequences in the Philippines, scroll down this article by Philhyundai.com for more details.

Traffic congestion in the Philippines

Reckless driving in the Philippines - A detailed explanation

According to the Republic Act 4136: Reckless Driving Law in the Philippines, reckless driving is defined as a driver with no caution in controlling his or her vehicles.

That omits external impacts from nature (weather conditions, atmosphere), from the road (constructions, traffic congestion, road width, pedestrian walkways, curves), and the driver himself/ herself (visibility).

The law also covers certain levels of causing harm to people, animals, and others (infrastructure, properties). In general, reckless driving means you are driving under no control/ with limited skills that are unexpected from a licensed driver. When you risk people’s lives and do not obey the traffic rules, you are a reckless or irresponsible driver.

Whether you harm others’ lives or not, just breaking the rules, you are judged as a reckless driver, defined by the law. But there are three types of irresponsible drivers you should notice since each has a specific level of fine.

The first type is distracted driving, which means there are too many irrelevant items blocking the vision of the driver. That is one of the most controversial issues when it comes to reckless driving. Specifically, the regulation requires that the line of sight in the car should be clear and no large items hung or located.

Furthermore, if drivers do unrelated activities while controlling either private or public transportations, they will be considered as distracted driving. The exercises should avoid, or at least limited while driving is:

The human brain can not focus on too many activities at the same time, then prioritize what to do first and what should be taken care of is necessary. While driving, the only focus is to control the vehicle carefully and not breaking the laws. So please take note of these activities to make sure about your safety and others.

The second type is perhaps the most common in not only the Philippines but also in other nations: over speeding. Driving with an over-controlled speed in crowded areas is under punishment of the speed limit law.

Besides, unless your speed allows you to stop at the required distance from other vehicles, you will be considered as over speeding. So keep calm and be careful while controlling your speed whether there are signs or not.

Last but not least, the final type is driving under influences. These influences include alcohol, drugs, and accidents resulting from this type is as high as the second. Even if the blood alcohol level is 0.06%, it is still judged to be a high level.

These three types of reckless driving are the principal causes of traffic accidents in the Philippines. Since the situations are different, there are separate sanctions for each class.

Reckless driving penalty in the Philippines

The reckless driving penalty is according to the number the driver breaks the law.

That does not include depriving the license of the driver as same as for distract driving.

For driving under influences:

And note that if drivers cause damages to other individuals, animals, or properties, then based on the level of harm, they will be fined according to the Revised Penal Code.

How to avoid reckless driving

Reckless driving is controlling vehicles carelessly; therefore, only cautious driving can change this situation. When a driver goes with responsibility for his life and other lives, he will never be a reckless driver.

Careful driving is not only about avoiding fines; it protects driving status, prevents drivers from probation, holding period and worse, sentence and imprisonment.

Deaths from traffic accidents are wasteful deaths. They lead to sorrow in victims’ families and psychologically torment drivers. The only action to avoid this vision is to obey laws and appreciate lives.

Careless driving results in an accident

Before driving, try to reorganize items so that they will not block vision. While joining in the traffic, though in a hurry or not, drivers must keep calm and drive under the speed limit as one second ahead, one life wasted. Think about your families before drinking as you can not prevent upcoming crashes if you are drunk.

In general, reckless driving in the Philippines is not unfamiliar, but this can be handle once drivers are responsible for themselves and others. The boundary between committing a crime and becoming a role model driver is thin, whether they choose to become an angel or a devil based on when they started driving carefully.

>>> Keep updated with new articles on Philhyundai Stories every day! 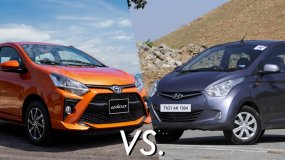 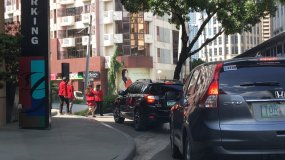 Besides Greenbelt Makati parking rates, we will guide you to some affordable parking places in Makati. Join us to explore! 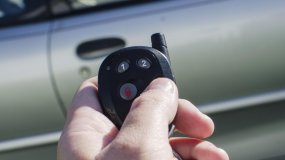 How To Turn Off Car Alarm (With & Without Key)

Has your car's anti-theft alarm system ever kept going off for no purpose, and you just struggling to turn it off? If yes, we will give you a simple guide on how to disable the car alarm properly.